Donald Carrier is an actor, teacher and director who has worked extensively in theatre and film across North America. He spent nine seasons at the Stratford Festival playing leading roles in As You Like It, The Importance of Being Earnest, Twelfth Night, Coriolanus, The Merchant of Venice and Measure for Measure, among many others. He spent three seasons at the Old Globe under renowned director Adrian Noble appearing in The Merchant of Venice, The Taming of the Shrew and Amadeus, among many others. He also spent two seasons at the Shaw Festival. Other favorite credits include The Duchess of Malfi (Helen Hayes Nomination), Shakespeare Theatre; Shining City, Studio Theatre; Gross Indecency, Huntington Theatre; and The School for Scandal, Chicago Shakespeare Theatre. For the Cleveland Play House, he has appeared in Lincolnesque, Noises Off!, Ten Chimneys, In The Next Room, or The Vibrator Play, Yentl, The Little Foxes, The Crucible, Luna Gale, All the Way and Shakespeare in Love.

Mr. Carrier has performed at the Intiman Theatre, the Great Lakes Theatre, the Wilma Theatre, Notre Dame Shakespeare Festival, The National Arts Center, the Maltz Jupiter Theatre and TheatreWorks, among many others. His many film and TV credits include: Twice in a Lifetime, The Passion Of Ayn Rand, Hollywood Off-Ramp, The Wives of Windsor, Ready or Not, Dead By Monday and Earth: Final Conflict.

Mr. Carrier has been a teaching artist and visiting lecturer at many institutions including MSU, Colorado College, SDSU and the University of Notre Dame. He has been a responder numerous times for the Kennedy Center American College Theatre Festival.

Writing credits include: the musical Evangeline, written with Anaya Farrell, workshopped at the Stratford Festival; Voices of Change and Transmissions, The Inner Stage Theatre; and Five Simple Ways to be Happy, Death and Taxes Theatre. Don is a 2016 Lunt-Fontanne Fellow.

Professor Scott is a director, actor, and speech consultant who held the Climo Junior Professorship at CWRU from 2004-2006, until his subsequent promotion to associate professor with tenure. He was promoted to professor in 2013, and appointed chair of the Department of Theater in 2015. In 2017 he was named the Katharine Bakeless Nason Professor of Theater and Drama. Prior to his CWRU appointments, he was a lecturer at The Catholic University of America and instructor in the Acting Conservatory of The Studio Theatre in Washington, D.C. He has also held faculty positions at The Ohio State University and George Mason University.

As chair, Jerrold also serves as producing director of CWRU Theater at the Maltz Performing Arts Center (MPAC). His work as a director is wide-ranging, and includes classical plays, musicals, and contemporary comedies and dramas. Jerrold is an associate member of the Stage Directors and Choreographers Society (SDC). Selected credits include Hay Fever, She Stoops to Conquer, The Philadelphia Story, Present Laughter, Heartbreak House, and The Real Thing at Cleveland Play House; Arcadia, The Rocky Horror Show, Urinetown, and The Glass Menagerie at CWRU's Eldred Theater; Twelfth Night and The Importance of Being Earnest at Distracted Globe at the Warehouse Theatre; and Polish Joke, A Midsummer Night’s Dream, and A Doll’s House at the Beck Center for the Arts. He also works as a speech, text and dialect coach, and served as the resident dialect coach at Cleveland Play House for over a decade. As a scholar, he has presented often at the Association for Theatre in Higher Education (ATHE) and written for professional journals such as The Voice and Speech Review.

Darryl Lewis is a singer, composer, playwright, actor and educator. Mr. Lewis is a resident of Euclid, OH. He holds a Bachelor’s Degree in Vocal Performance from The D’Angelo School of Music at Mercyhurst College in Erie, Pennsylvania. He also holds a Master of Music in Performance and a Master of Fine Arts in Acting from Kent State University. Mr. Lewis has been a proud member of Actors Equity Association since 2008. He has been on many stages around the Cleveland OH area including Playhouse Square for 7 seasons of A Christmas Carol with Great Lakes Theater Festival. Other theaters include: Karamu, Dobama, Beck Center, Cain Park, Geauga Lyric Theater, Rabbit Run Theater, Cassidy Theater, Willoughby School of the Arts, Oberlin College Summer Festival and Youngstown State University. He was the winner of the 2011 Broadwayworld.com Equity Actor of the Year for the Cleveland Ohio area. He also took 1st Place in the National Association of Teachers of Singers competition at Cleveland State University. He is the current Artistic Director of The Willoughby Summer Theater Festival. The purpose of this organization is to provide free tickets to quality summer theater in the hopes that the community of theater lovers will grow in The Greater Cleveland and Lake County areas.

Mr. Lewis currently teaches at Andrews Osborne Academy. He has previously taught at the Cleveland School of the Arts and Kent State University. He takes pride in helping students find their own voice through the performing arts. He is an advocate for immersive theater that is empowering, inclusive and purposeful.

Professor McGee has been coaching voice and acting at Case Western Reserve University and directing productions at Eldred Theater since 1988. She received her vocal training from internationally known voice specialist Arthur Lessac and his master teachers; she also trained in the Linklater voice technique at Shakespeare & Company and with Kristin Linklater. She has studied Shakespearean text, voice, movement and acting at Shakespeare & Co. and with London's Royal National Theatre Studio. Professor McGee has also studied Fitzmaurice voice technique with Catherine Fitzmaurice and the "International Phonetic Alphabet Pillows Technique" with Linklater Master Teacher Louis Colaianni. Beth was the on-site dialect coach for the Cinemax television series, Quarry. She regularly voice and dialect coaches Cleveland area productions, and productions with the CWRU/CPH MFA Acting Program and CWRU’s Eldred Theater. In 2007, she earned a certificate for participating in over 300 hours of workshops at the Roy Hart Theater Centre Internationale in Maléragues, France where she has also taught workshops with Roy Hart Master Teachers Ivan Midderigh and Marie Paule Marthe.

In 2019 Beth was the co-creator and playwright of Shadow of the Run Chapter 1: WanderLust, Cleveland’s first fully immersive theater experience. Later that year, the company produced an immersive pop-up, Railroaded, and The Torso Book Club zoom interactive during the Covid-19 stay-at-home order. In summer 2021, they produced DreamWalkers, written by McGee, using CDC guidelines for Covid safety.

Tony F. Sias is the President and CEO of Karamu House, Inc., America’s oldest Black producing theatre. Under Sias, since 2015 Karamu stabilized finances, raised over $10 million for restoration and increased attendance. Prior to his tenure at Karamu, Sias served in several progressive roles for the Cleveland Metropolitan School District (CMSD) including Director of Arts Education and Artistic Director of Cleveland School of the Arts.

As a creative Sias has produced, directed and performed in over 100 productions. He most recently received critical acclaim for directing Karamu’s production of Freedom on Juneteenth and in October 2021 Sias performed narration with The Cleveland Orchestra in Sinfonia No. 5 “Visions” by George Walker. His work has been highlighted nationally in The New York Times, American Theatre Magazine, on NBC’s Today Show with Al Roker, and more.

Sias served as a delegate from the U.S. Department of State in Istanbul, Turkey, representing the Council of International Programs in the Youth Arts for Peace Project. In 2018, he was inducted into The HistoryMakers, the largest African American oral history archive collection in the U.S. In 2019, Sias was named the Cleveland Arts Prize, Barbara S. Robinson award winner. In 2021, Sias received the Community Leader Award from Cleveland Magazine. He is a Fellow of the National Arts Strategies Chief Executive Program through Harvard Business School. Sias serves as a National Board member for the League of Historic American Theatres. He is a Boards member of the Cleveland School of the Arts and the Assembly for the Arts. He earned a Bachelor of Science degree in dramatic art from Jackson State University and a Master of Fine Arts in acting from The Ohio University.

In addition to serving as Director of Undergraduate Studies for the department, Professor Ullom teaches theatre history, dramaturgy, and Introduction to Theater (not to mention his summer class on Superheroes and on James Bond). His research interests have focused on contemporary American theatre, especially new play development in the regional theatre circuit and on Broadway. His first book The Humana Festival: A History of New Plays at Actors Theatre of Louisville (Southern Illinois University Press, 2008) charts the growth of the nation’s leading new play festival and its ability to endure economic, administrative, and artistic challenges. He also has published his work internationally in numerous journals, including Theatre History Studies, Contemporary Drama, Theatre Topics, Studies in Musical Theatre, Theatre Journal and the Journal of American Drama and Theatre. Ullom coauthored a new translation of Lope de Vega’s La Doma Boba (The Lady Simpleton) and also contributed a chapter to Angels in the American Theater: Patrons, Patronage, and Philanthropy (edited by Robert A. Schanke). His second book, America’s First Regional Theatre is a history of the Cleveland Play House (Palgrave Macmillan, 2014), and he is currently working on his third book.

Professor Ullom’s research interests were informed directly by his experience in professional theatre. He served in the literary department of Actors Theatre of Louisville during its twentieth-anniversary Humana Festival, allowing him to work many great playwrights and theatre artists including Tony Kushner, John Patrick Shanley, David Henry Hwang, Craig Lucas, Anne Bogart, Naomi Wallace, and Dominic Dromgoole. While completing his doctoral studies at University of Illinois, he also worked as interim literary manager and conducted various research projects for Actors Theatre (including work for Bogart’s Cabin Fever). He was the Theatre History Consultant for the Guthrie Theater in Minneapolis from 2003-2006, and he served as an advising partner for Xunesis (Chicago), a company of artists and scientists creating passion for science through theatre, film and media. He has also dramaturged numerous productions at Cleveland Play House.

David made his feature film debut opposite Tom Hanks in Steven Spielberg’s Saving Private Ryan. His television credits include guest appearances on Grey’s Anatomy, Dexter, House, and Manhunt: Deadly Games. He most recently filmed the Netflix film Shirley (opposite Academy Award winner Regina King and nominee Lucas Hedges), the Paramount Plus series The Mayor of Kingstown and, for Peacock TV, the LeBron James-produced biopic Shooting Stars.

He has performed opposite a number of Oscar, Golden Globe, and Emmy Award-winning actors including Jon Hamm, Taraji P. Henson, Helen Hunt and Martin Landau. He is a member of SAG-AFTRA and Actors Equity Association (AEA).

His stage credits include South Coast Repertory, Chautauqua Theatre Company, None Too Fragile, and Dobama. In Fall of 2022, he will appear in Rajiv Joseph's Describe the Night, for Ensemble Theatre. Prior to joining the faculty at CWRU, David taught at California State University, Long Beach, where he received his MFA in Acting and Directing. He has an undergraduate degree from the University of Evansville.

Kenya Woods, a native of Cleveland, Ohio holds more than 30 years of experience in dance performance, choreography, teaching, and leadership. She holds a degree in Dance from Tennessee State University and is certified in Lester Horton Pedagogy, the official technique taught at the Alvin Ailey American Dance Center. Her additional dance credits include Dance New Amsterdam and North Coast Ballet Theater. Madame Darvash, Dr. Diane McIntyre and Lynn Simonson have influenced her teaching style as well.

She has worked nationally and internationally at regional dance companies, universities and school systems as an educator, performer, and choreographer.

She continues to teach dance to students of all ages and lead programs that help cultivate technique, artistry, body awareness and empowerment and appreciation for dance. In Spring, 2022 Ms. Woods was a Hildegarde and Elbert Baker Visiting Scholar in the Humanities at CWRU. 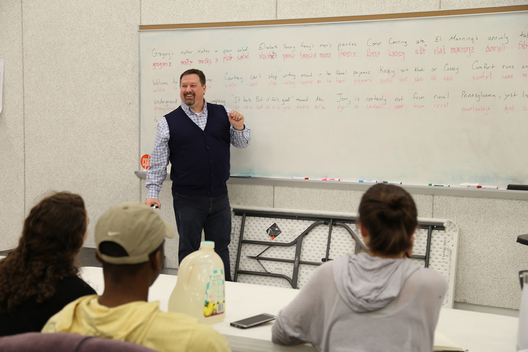 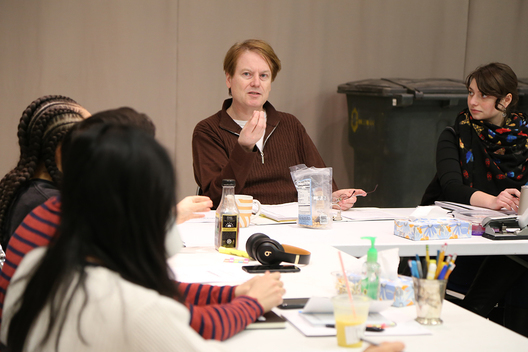 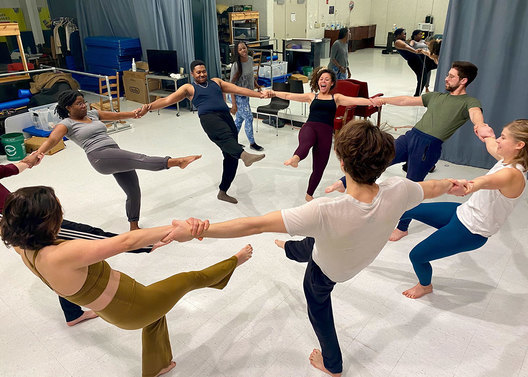 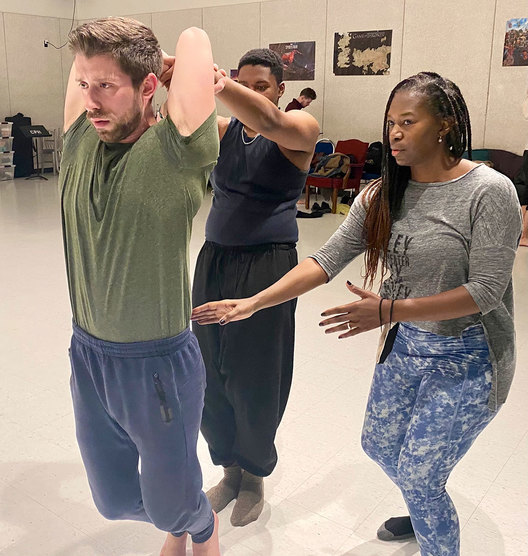 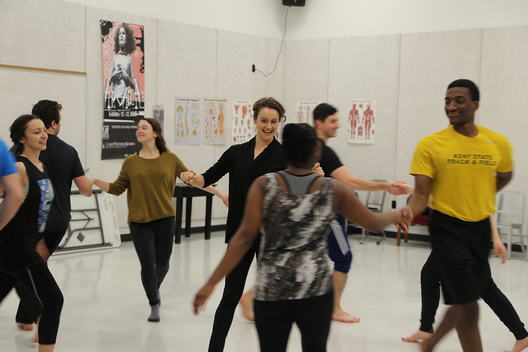 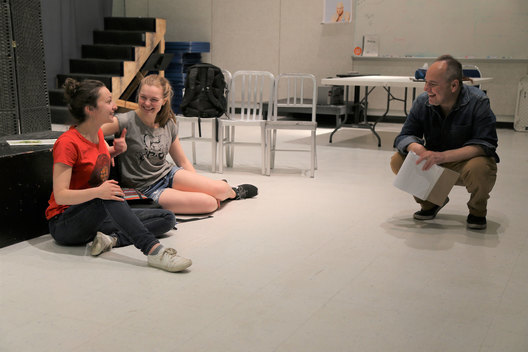 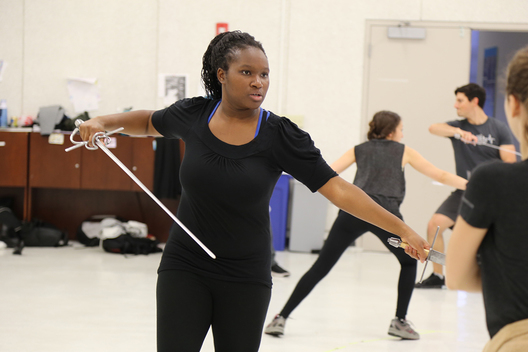 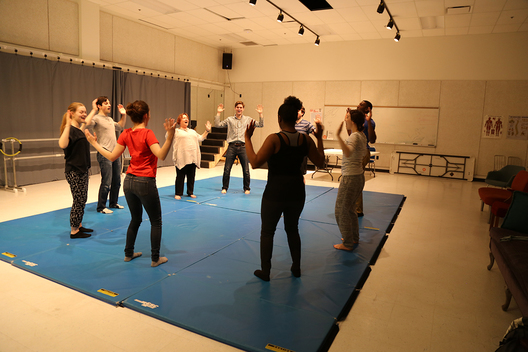 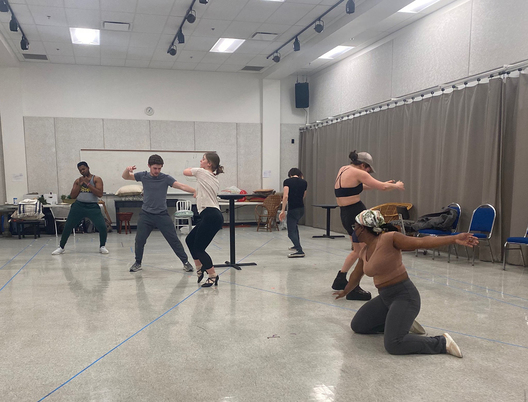 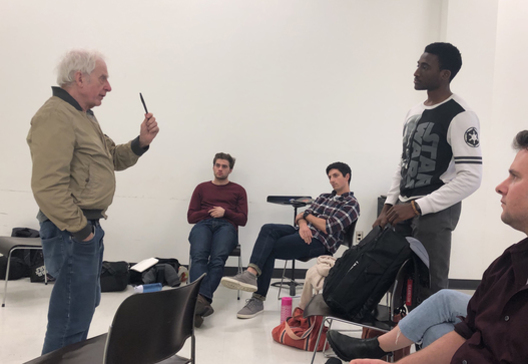 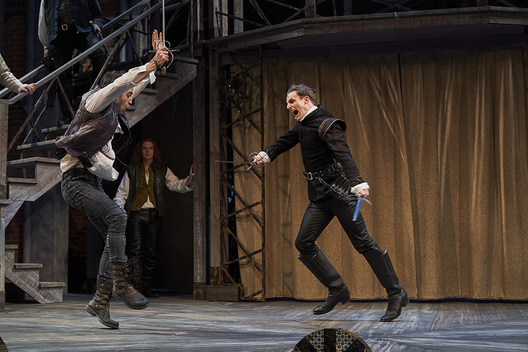 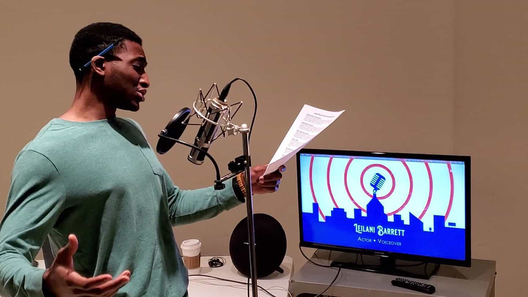 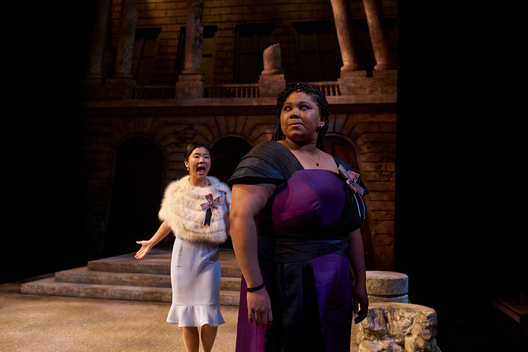 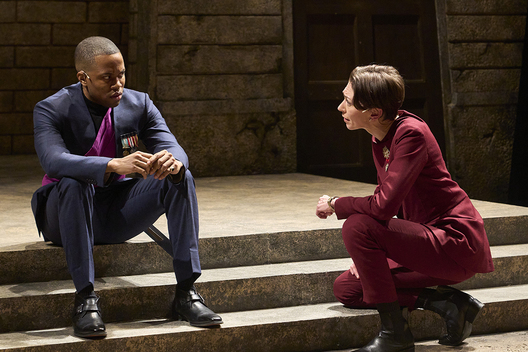 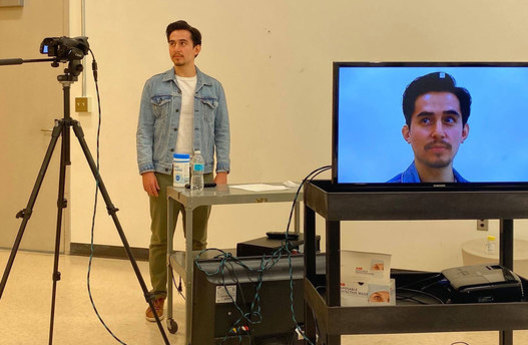 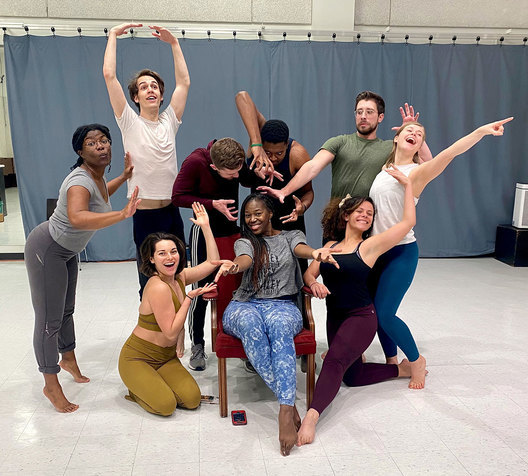 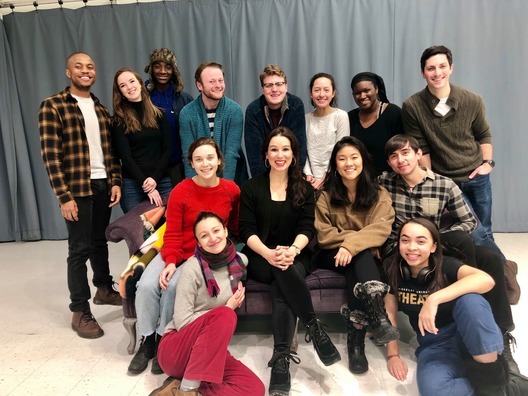 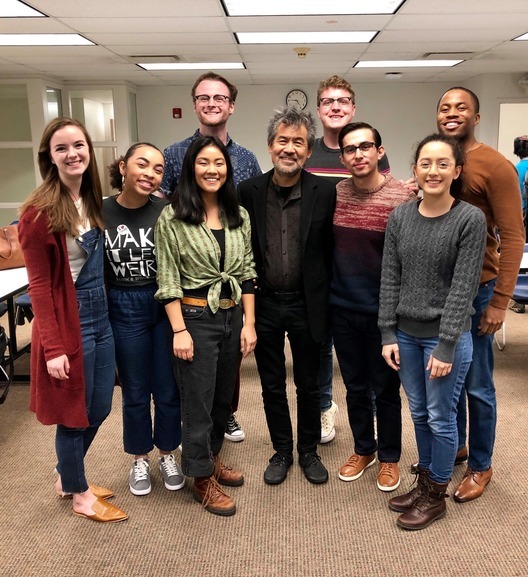 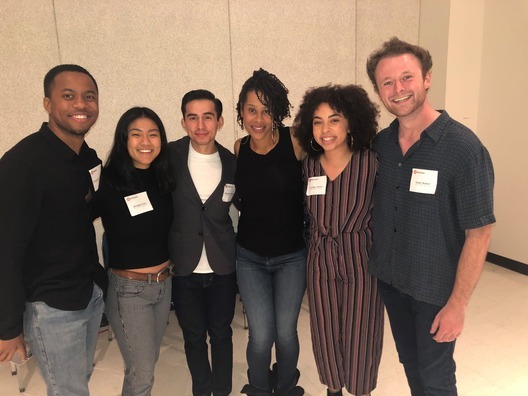 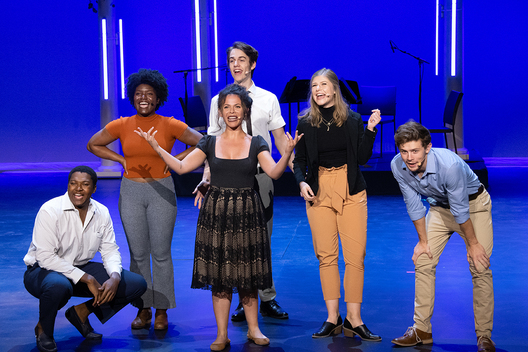