Up Next:
Theatre Thursday: Apr. 15 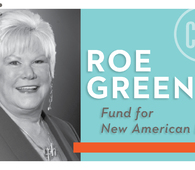 Talk about multitasking! TOMORROW, at our LAST Theatre Thursday of the season, Adam Kern will co-host the event, direct an excerpt of ANIMALS COMMIT SUICIDE, and appear in an excerpt of NAKED CALL! Adam is an actor, director and producer. He is the director and co-creator of Shadow of the Run’s CHAPTER 1: WANDERLUST, Cleveland’s first fully immersive theatre production, based on the Eliot Ness investigation of the Cleveland Torso Murders. Producing credits include THE WATER DREAM, starring Anthony Rapp and J. Robert Spencer, and Liz Femi’s 2014 NAACP Theatre Award nominated TAKE ME TO THE POORHOUSE. Adam has performed internationally at the Moscow Art Theatre and at the Old Vic through a T.S. Eliot Fellowship. His work regionally has been seen at Los Angeles Philharmonic, the American Rep, and the Classical Theatre of Harlem. Adam holds an MFA from American Repertory Theatre and Moscow Art Theatre Institute at Harvard and a BFA in Theatre from Kent State University. He is a proud member of AEA and SAG-AFTRA. See Adam and many more TOMORROW at 7PM for Theatre Thursday: Let's Get Physical! Get your tickets now! ➡https://bit.ly/CPH-TheatreThursday-APR #weareCPH #cphtheatrethursday #selflove #bodypositivity #selfcare #virtualtheatre