Up Next:
The Last Days of Judas Iscariot

Up Next:
Theatre Thursday: Dec. 17

The incredible cast of CPH’s box-office hit Clue: A New Comedy reunites in a hilarious musical broadcast to perform their favorite showtunes from Broadway musicals. Join us for a raucous night of singing, laughs, and hijinx! 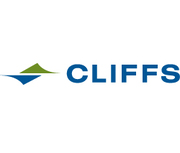 A Bumpus-y Road to Holiday Fame

Though A Christmas Story is considered a classic now, the film was not an immediate hit. Luckily, the Parker family received the major award of fortun...