The American Dream has its back up against the wall in this Pulitzer Prize-winning drama. In Reading, PA, there’s talk of union lock-outs, massive lay-offs, and jobs going overseas. As rumors quickly become reality, a group of life-long friends gather at their local bar to joke and blow off steam while struggling to stand together as everything else falls apart. Inspired by true stories, Sweat is a compelling portrait of pride and survival in the Rust Belt. 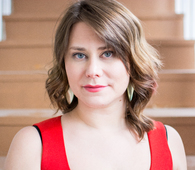