Honey. It’s the 1980s. In Louisiana. At Truvy’s beauty shop — motto: “There is no such thing as natural beauty” — the women are all sass and brass. Through clouds of hairspray and over the buzz of blow dryers, six southern spitfires gather each week to gossip and support each other through thick and thin. But those bonds are about to be tested when M’Lynn and her daughter Shelby face a life-changing event. Infused with heart and humor, Steel Magnolias is a hilarious story of love, loss, and enduring friendship. 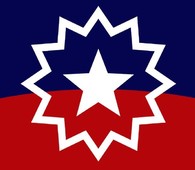 The Story of JUNETEENTH!

Members of Cleveland Play House’s Staff share with you the story, struggle and triumph of Juneteenth. As the nation approached its third year o...