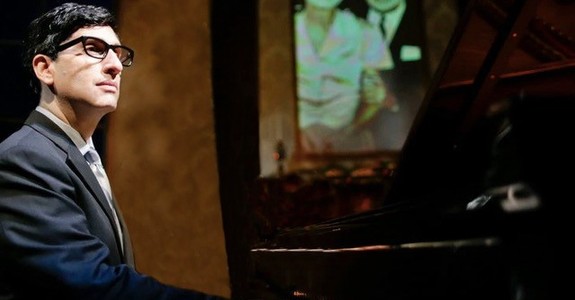 This viewing has ended.

The Immigrant Songwriter Who Gave America A Voice

Experience some of America's greatest songs in the context in which they were written! From "God Bless America," to "There's No Business Like Show Business," "Puttin' on the Ritz," "White Christmas," "Always," and so many more... in a musical event that has been performed in theatres throughout the nation and abroad.

Viewing Price:
$50 PER HOUSEHOLD
Only purchase a quantity of 1

Once purchase is confirmed, you will receive a confirmation email followed by a reminder email on the day prior to the event with a viewing link and an instructive video demonstration for viewing on your device. Viewing on Smart TV, Computer, smartphone or tablet will be available for an additional 72 hours post live performance.

If you're purchasing for multiple households, please process each order one at a time with the other party's information, including their email. Viewing links are unique by order and will not be shareable.