Up Next:
Getting Near to Baby

Behind-the-Scenes: Pick Up the Baton: Taking Responsibility for Social Change 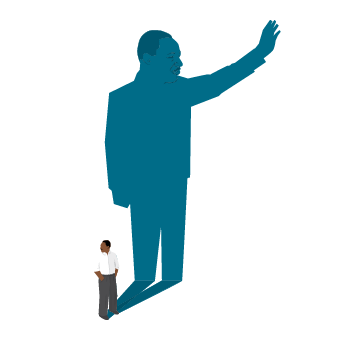 In his Letter from a Birmingham Jail, Dr. Martin Luther King Jr. stated, "The purpose of our direct-action program is to create a situation so crisis-packed that it will inevitably open the door to negotiation." Dr. King effectively harnessed the power of a community sharing common values to come together to create social change. Join CPH, as we welcome Cleveland area community organizers and develop the skills needed to bring positive change within our own city. May we pick up the baton.

Please Note: This event will be located in the Tomsich lobby of the Allen Theatre

Jocelyn Prince is the Site Coordinator for Almira Elementary School in the Education and Artistic Departments at Cleveland Play House. She recently served as the Connectivity Director at Woolly Mammoth Theatre Company in Washington, DC, where she developed and produced community partnerships and programs. She also worked as the Artistic Associate at The Public Theater in New York City where she produced the Public LAB Speaker Series and numerous new play readings and workshops. Her social justice and political work includes positions with the YWCA of Metropolitan Chicago and Obama for America. She holds a BA in Journalism from Bradley University and a MA in Performance Studies from Northwestern University.

11-11:45am- “Introduction to Community Organizing”

Lee Lazar has served as Executive Director of Rainey Institute for the past 8 1/2 years. Rainey provides arts education programs for children in Cleveland and has been serving the community since 1904. Before joining Rainey, Lee’s career journey has been involved with law, business, and education. Lee also serves as Board President of the St. Clair Superior Development Corporation and is a Member of the Community Advisory Board of UH Rainbow Babies & Children’s Hospital and the Board of Advisors at Stonebrook Montessori School.

Nozomi Ikuta was born in Cleveland and grew up in Brook Park. Before coming to Denison, Nozomi worked in the national offices of the United Church of Christ and as pastor at the First Baptist Church in Enfield Center in upstate New York. Nozomi's mother was born in Japan and came to the US in the early 1950s. Her father's family was born in California and sent to a concentration camp in Poston, Arizona during World War II while her father and uncle served in the US Army. Her family's experiences of war and discrimination instilled in her a concern for racial, social, and economic justice and human rights. Nozomi graduated from Carleton College in Minnesota, Harvard Divinity School in Massachusetts, and New York Theological Seminary in New York City.

Maria Smith is an attorney at Legal Aid Society of Cleveland specializing in eviction prevention and she has a deep understanding of re-entry and benefit issues. Maria was recognized by the Northeast Ohio Coalition for the Homeless Board of Trustees for her lifetime of outstanding contributions to the advancement of equality, civil rights, structural change, as well as increasing the opportunities of the politically, economically and socially disadvantaged in Greater Cleveland. She has worked to keep people in their housing, and has worked for peace, forgiveness for those re-entering from incarceration, and women’s equality during her legal career.

Martha Goble is the Executive Director of Heights Community Congress. HCC is one of the oldest fair housing agencies in our region. In addition to providing a program that monitors for discrimination in the sale of homes and the rental of apartments, Heights Congress also offers a range of activities that provide an opportunity to address issues that arise from living in an inclusive community. Martha has a Master’s Degree in Social Work from Case Western Reserve University. Her interest in Civil Rights began when she experienced the riots in both Cleveland and Detroit (her hometown) in the late sixties. Today her concern lies in helping to lessen the racial divide that seems to be increasing rather than diminishing.

Shannon Adams is the Northeast Ohio Program Director at Ohio Citizen Action, a grassroots mobilization team that works on pollution prevention and consumer rights issues. She graduated in 2012 with a Bachelor of Arts in Psychology from the University of Cincinnati, where she first began organizing as a campus educator and sexual assault hotline advocate. She's been with the organization two years and works with members and community groups regionally and throughout Ohio to build widespread support for clean and affordable energy for all.

Joyce Robinson is a previously homeless, previously unemployed female Army veteran. She served one year active duty as a Military Journalist at Ft. Hood, TX, and the rest of her enlistment as a reservist. After raising her daughter to adulthood, she earned a B.S. degree in Liberal Studies from Myers University, and a M. Ed. in Adult Learning and Development from Cleveland State University. Prior to working at NEOCH, Joyce worked five years at Chase Manhattan Home Mortgage, and six years as a Library Customer Service Associate at Cuyahoga Community College Eastern campus.

Tune in TODAY between 12 and 1 on WKYC Channel 3 to see the cast of CLUE! John Treacy Egan and Donna English will be on air LIVE today talk about the incredible show! Don't miss it! https://t.co/98aFYLbFVt

Tune in TODAY between 12 and 1 on WKYC Channel 3 to see the cast of CLUE! John Treacy Egan and Donna English will be on air LIVE today talk about the incredible show! Don't miss it! #CPHClue