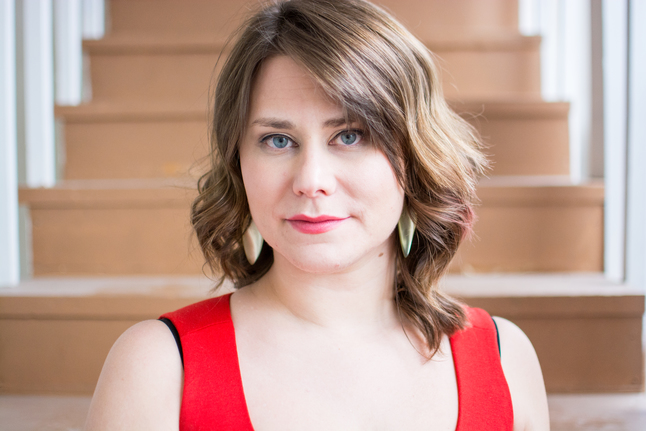 Reared by Cajuns in southwest Louisiana, Chelsea Marcantel has lived and made theatre among the tribes of the Midwest, Appalachia, the Mid-Atlantic, and now the West Coast. In 2016, she completed a Lila Acheson Wallace American Playwrights Fellowship at The Juilliard School. Her plays, which have been produced across the US and Canada, include "Airness," "Everything is Wonderful," "Tiny Houses," "Ladyish," and "Devour." Chelsea has been entrusted with teaching young minds at Virginia Intermont College and Emory & Henry College, and loved every minute of it. Chelsea is an avid self-producer, an enthusiastic member of The Writers Guild of America and The Dramatists Guild, and runs with a kick-ass group of activists called The Kilroys.

If you also consumed #YouSeason3 in approx. 6 minutes, did you spot the familiar face? CPH-fav @BenMehl starred as Dante! You may remember Ben from 2014's YENTL and 2015's THE CRUCIBLE. Check out this piece for Ben's industry tips & his experiences as an actor with vision loss. https://t.co/CE8izS1BXl

Oh, hello you. If you, like us, also consumed Netflix's #YouSeason3 in approx. six minutes this week, did you spot the familiar face? CPH-favorite Ben Mehl starred in the new season as librarian Dante! You may remember Ben from his roles in 2014's YENTL and 2015's THE CRUCIBLE. We loved this interview from Authority Magazine, speaking on his advice for artists and his experiences as an actor with vision loss. ➡bit.ly/BenMehl #WeAreCPH #ThisIsCPH #younetflix #netflixyou #benmehl #actor #actorinterview #Netflix #VisionLoss #clevelandplayhouse #cleveland