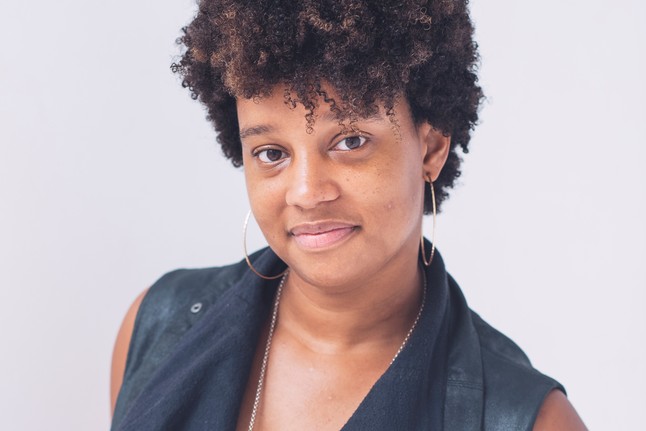 Charly Evon Simpson’s plays include "Jump," "Behind the Sheet," "form of a girl unknown," "it’s not a trip it’s a journey," and more. Her work has been seen and/or developed with The Eugene O’Neill Theater Center, Ensemble Studio Theatre, The Lark, Page 73, Ars Nova, Chautauqua Theater Company, PlayMakers Repertory Company, Salt Lake Acting Company, National New Play Network through its NNPN/Kennedy Center MFA Playwrights Workshop and National Showcase of New Plays, and others. Charly was recently named the 2019-20 recipient of the Paula Vogel Playwriting Award from the Vineyard Theatre, co-recipient of the Dramatists Guild’s Lanford Wilson Award, was nominated for the Outer Critics Circle’s John Gassner Award, and had two of her plays on the 2019 Kilroys List. Charly loves to teach playwriting and storytelling to people of all ages. She has been an adjunct lecturer at SUNY Purchase and Hunter College and has taught with the 92Y, Engaging Educator, and PlayPenn. In addition, she has worked in middle schools as a full-time tutor, a social worker, and playwriting teacher. In addition, she was a yoga teacher and health coach.

It's that time again! CPH is delighted to open the Festival of Trees TOMORROW, Dec. 3! This time-honored Cleveland tradition is free and open to the public! Join us in the Allen Theatre to stroll among dozens of beautifully decorated trees. Learn more! https://t.co/GyQBVcXVWQ https://t.co/MS6nO5iCvc